Detoxification’s Role in Cancer Prevention and Treatment of Cancer

Alarming facts: in 1996 more Americans died of cancer than in World War II, the Korean War and Vietnam War combined, with over 550, 000 cancer deaths among Americans. In 2002, more than 1.25 million Americans had received a cancer diagnosis and the number continues to grow.  Cancer death happens every minute.
In the early 1900’s, there was very little cancer. It used to be that children rarely got cancer. Today cancer is striking children at ever younger ages and cancer has even become the leading disease cause of death for children. Today there is an abundance of cancer. Now there’s colon cancer, prostate cancer, kidney cancer, melanoma cancer, pancreatic cancer, breast cancer, etc. And each cancer type more aggressive and deadlier than the other.
Detoxification plays an important role in cancer prevention and treatment of cancer. In the US alone, 77% of all new cancer cases are found in people over the age of 55. Doctors believe that this number is attributed to constant building of toxins in our bodies, starting from before our birth. A 2005 study found 287 industrial chemicals in the umbilical cord of newborns and 180 of those chemicals have been known to cause cancer.
A compilation of toxins are held in our bodies and the effect of this slow heavy metal poisoning disturbs our body’s functions, namely our pH balance. pH balance has a direct correlation to the occurrence of cancerous cells. Cancer cells thrive in an acidic environment and heavy metal poisoning pushes the body toward acidosis. A cancer diet alone will not bring someone to a balanced or alkaline state. You have to remove the toxins that are modifying our body’s pH to the acidic side of the scale where cancer thrives and grows. It is hard to get a balanced state without detoxification because we are loaded with toxins and exposed to even more toxins everyday. Detoxification is a way of resetting the scale.
Cancer can be viewed as a toxic condition and with cancer statistics growing each year and the age of people getting the cancer disease becoming younger and younger achieving holistic health has become a top priority in our lives. Any attempts at detoxifying the body will benefit anyone who is either on a cancer prevention mindset or someone who’s already in treatment for cancer since detoxification is considered to be one of the standard non-harmful cancer therapies used by cancer patients who have been successful in healing cancer. It is considered by many experts also as an alternative medicine for treatment of cancer.

Detox Steps for Cancer Prevention and Treatment of Cancer

This means adjusting one’s dietary habits to a regimen that eliminates the toxins faster than they accumulate. This will allow a progressive normalization that will keep the body’s metabolism in a state of natural equilibrium, a balance that is needed to prevent cancer from growing. The cancer diet detox means cutting out or keeping to a minimum all toxin-containing foods, drugs and drinks. The cancer diet detox also means avoiding refined and devitalized foods more or less devoid of nutrition such as sugar, white flour and canned food.

Cancer prevention and treatment of cancer detoxification step 2: Get rid of cancer-causing toxins.

Shun cancer-causing toxins and do without as many man-made chemicals as possible – use truly ecological and natural products instead. Avoid chemical toxins such as conventional household cleaners, dish washing liquids, detergents, chemical-based cosmetics & hair dyes, drugs and fumes, smog and smoke.
Ingest and use only natural foods, truly natural products for body care and herbal preparations to use only traditional or basic recipes such as oatmeal scrubs, sea salt/baking soda for tooth brushing and gargling.
Get rid of mercury amalgam fillings, aluminum pots and pans and other sources of heavy metal poisoning.

The body’s main detoxifiers are said to be the kidneys and the liver, the former excreting waste products through urine, and the liver breaking down alcohol, pesticides and other chemicals and shunting them out via the intestines, particularly the colon as well as the skin. Proper functioning of the liver’s and kidneys detoxification systems is especially important for cancer prevention.
There are various ways to cleanse these vital organs of possible cancer-causing toxins. One way is going on a cancer diet detox, which means eating natural foods which are good for cleansing body.  There are also various health supplements that one can buy from health food stores such as chlorophyll drinks.  Various detox supplements are also out in the market today. One of these detoxification supplements that has a record of pulling out heavy metals and cancer causing toxins with no healing crisis or any other side effects is the zeolite powder.

Cancer prevention and treatment of cancer detoxification Step 4:Get Some Sun 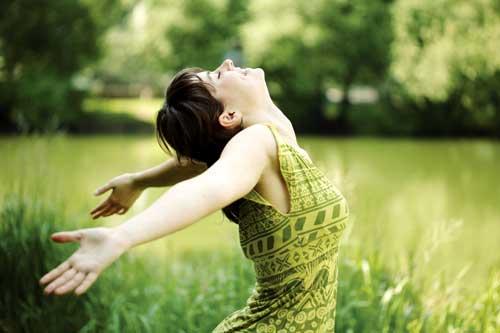 Cancer researches have shown that too much sunlight can bring about a type of cancer called skin cancer. But as far as cancer deaths go, skin cancers cause only nine percent of the deaths every year and organ and internal cancers ninety one percent. Survival rate from skin cancer is also good – about ninety five percent of sufferers live for five years or more after their cancer diagnosis.
But cancer research studies have also shown that a good exposure to sunlight is another natural treatment for cancer. It is considered the ultimate detoxifier. Cancer research experiments done by Russians showed that animals exposed to the correct doses of sunlight were capable of clearing a wide range of cancer-causing toxins out of their system considerably quicker than those that lacked sun exposure. They found that sunlight speeds up the clearance of cancer-causing toxins from the body twice to as much as twenty times. The best effect was obtained when sunlight exposure had started some time before exposure to the toxin.

Pure water or juice fasting may not be recommended for healing cancer or cancer patients as well as for people holding lots of stored environmental toxins in their tissues due to their great need of nutrients to help neutralize and flush out these cancer causing toxins. But one particularly effective way to fast and internally cleanse while on treatment of cancer is the “Master Cleanser” formula, developed and thoroughly researched by Stanley Burroughs. The Master Cleanser allows one to efficiently detoxify without incurring significant energy loss or discomfort and is simultaneously used to heal cancer and prevent cancer.
Make sure to detoxify regularly to avoid build up of the toxins that cause different types of cancer such as colon cancer and kidney cancer. Cancer prevention or treatment of cancer disease is a five step process in achieving holistic health. It must not be forgotten that detoxification is actually just one part of the cancer prevention program. In order for one to truly effectively cure cancer or lower your cancer risk, it’s also important to have a healthy diet that helps prevent cancer, do exercise, keep a positive mindset and also have various cancer related tests done.