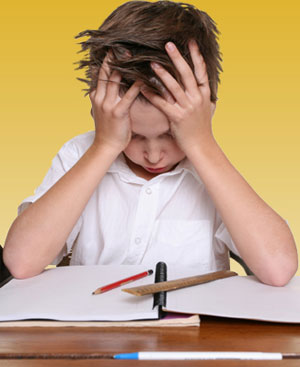 Attention Deficit Hyperactivity Disorder also known as ADHD is characterized by age inappropriate impulsiveness, a lack of concentration with tasks, and hyper physical activity. ADHD is often associated with learning difficulties, and a lack of social skills. In fact, thirty to forty percent of children with ADHD have been diagnosed with learning disabilities. ADHD is diagnosed by a history of clinical symptoms and behavior analysis. ADHD has three different subcategories which most children fall into.

Children with ADHD often act without thinking, are extremely hyperactive, and have difficulty focusing. These children will often understand what is expected of them but, they have trouble following through because they can not pay attention, and they can’t sit still.
One type involves more of an attention difficulty, and not a hyperactivity issue. It is estimated that some two million children take drugs every day such as Ritalin for their ADHD. These drugs have many side effects, and the long terms effects of these medication are not known. There are some studies which conclude that drugs for ADHD may lead to substance problems, and emotional problems later in life.

ADHD affects an estimated 8% to 10% of school-age children. Boys are approximately three times more likely than girls to be diagnosed with ADHD, the reasons for this are not yet understood. ADHD often persists into adulthood.

What are the Symptoms of ADHD?

ADHD has a host of symptoms, many of which are common among most children. The difference is that these behaviors will affect the child’s ability to function in daily life and persist from childhood. The troubling behaviors must also create a significant difficulty in at least two areas of life, such as; home, school, social settings, or work. These symptoms must be present for at least six months to make a diagnosis.

The most common symptoms are; mood swings, frequent tantrums, a short attention span, an inability to sit still or concentrate. Speech and learning disorders, as well as poor coordination, and motor skills are also symptoms of ADHD. Failure to complete age-appropriate tasks, impulsiveness, and impaired memory are also common symptoms.

What are the Root Causes of ADHD?

Studies have shown that a diet that is high is sugar, refined foods, and additives can cause, or contribute to ADHD. As well as food allergies, nutritional deficiencies, poor digestion and elimination, Hypoglycemia, heavy metal poisoning, and emotional stress.

The best, and first place to start for the treatment of ADHD is with diet. Remove all sugar, and high fructose corn syrup from your child’s diet. Enrich your child’s diet with natural, whole, organic foods. There are many kid-friendly options at natural food stores nowadays. Do not feed your child anything with artificial colors, flavors, or preservatives, also make sure that the foods you give your child are free of Msg, which is just bad for anyone all around, but especially for children with ADHD.

These may seem like drastic steps, especially for a child, but once the child’s behaviors, and overall mood starts to improve by eliminating these foods, your child might be more apt to stick to it, with all the positive reinforcement they are getting for their good behavior.

*Please check with your doctor before taking any supplements, and also read the warning labels on each product, especially if you are pregnant or breast-feeding. Also read the labels carefully when giving your child any natural supplement, to ensure that it is safe to give a child.